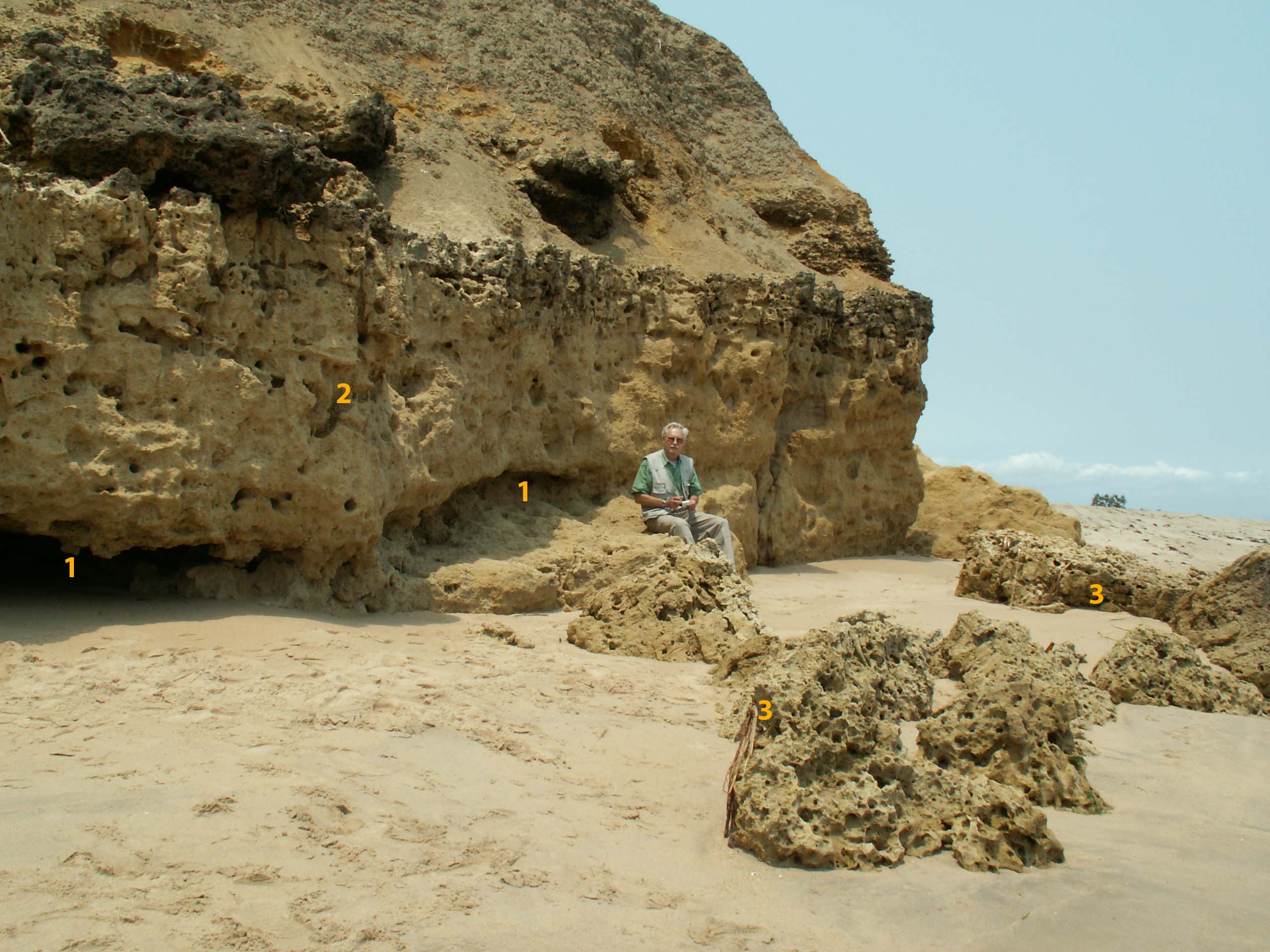 Coastal cliff fragment on the Atlantic Ocean beach, 3 km to the North of the Kwanza River mouth, Angola. The most prominent features are wave-cut notches (1) and honeycomb weathering (2). Pieces of rock on the foreground had fallen off the cliff as a result of undercutting by wave action. Cliff is formed by loosely cemented sandstone and gravel of the Kalahari Formation(?). Frontal portion of the cliff and bench are cemented by amorphous silica to a condition resembling quartzites, as a result of partial dissolution of quartz grains in the alkaline marine water. Photo by Oleg Khotylev, Moscow State University